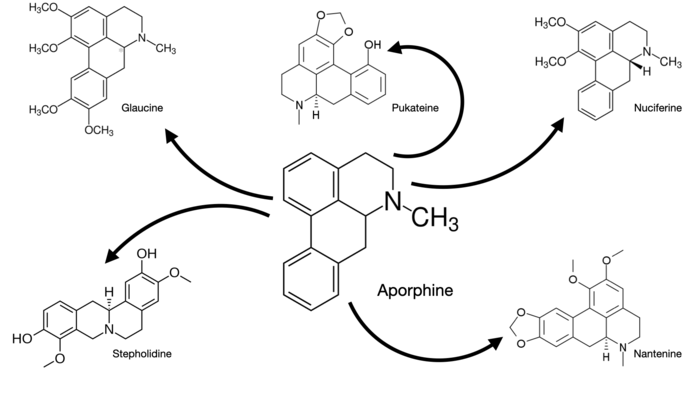 This week’s post will be a shorter one than usual but I wanted to do another medium-intensity dive into the mysterious ‘third’ or ‘fourth’ family of hallucinogenic substances, depending on your taxonomic preference. Like I mentioned in a previous post, isoquinolines are a relatively unexplored group of naturally-occurring molecules which are somewhat ubiquitous in many plant species. They’re understudied partially due to their relative abundance and partially due to a lack of interest in elucidating activity in humans. I specifically wanted to focus on a subfamily of isoquinolines, known as aporphine derivatives. I’ve already talked about one of them, namely glaucine! Glaucine is a 5-HT2A selective agonist with a number of other properties, including bronchodilating and anti-inflammatory effects. Okay everything makes sense so far. Selective 5-HT2A agonism is the bread-and-butter of psychedelic science.

If one chops off the benzene-conjugated methoxy groups, you get the base structure of aporphine, with comes in R and S enantiomeric flavors. Many plants of the Nymphaea family, better known as water lillies, produce aporphine derivates, such as nymphaeine and nymphaline. Some, like Nymphaea caerulea contain better-studied derivatives like nuciferine. Where things get interesting is with the plant Nymphaea caerulea in particular, which has been known to a number of ancient civilizations in the Fertile Crescent and the Indian Subcontinent who used and wrote about it in ceremonial and religious contexts. No doubt that Nymphaea caerulea has within it alkaloids which have psychoactive and possibly hallucinogenic properties. At this point, it’s a game of find the needle in the haystack though the base aporphine and nuciferine are certainly promising candidates. A 1996 paper in Journal of Medicinal Chemistry did a partial pharmacological profile of about 30 different aporphine derivatives and found some interesting results. 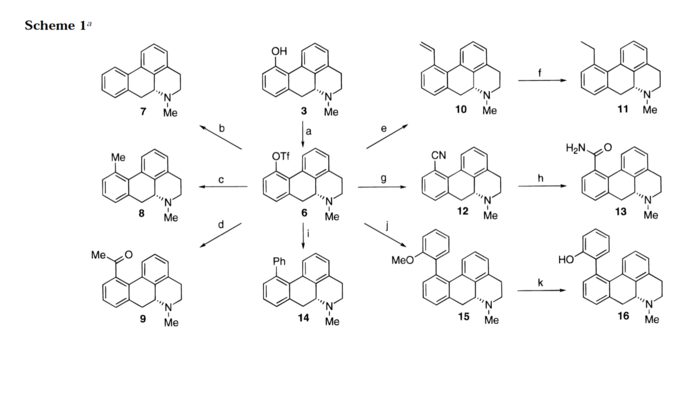 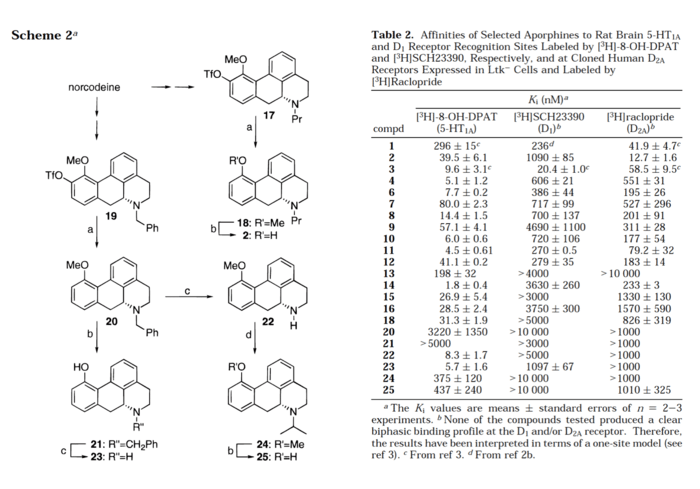 Although the screen only included the one variant of receptor 5-HT (the 1A subtype), several variants on the list showed quite strong affinity, namely 4,6,14, and 23. There were also a number of compounds which showed good affinity for D1 and D2. It is not entirely clear whether these compounds have antagonistic effects at 5-HT1A, though the paper claims that this may be the case. Certainly aporphine has been found to be a D1 and D2 antagonist. Nantinine is well known to block the effects of MDMA due to its antagonism at 5-HT2A. The question remains where the psychoactive and downright psychedelic effect is coming from. Is this simply the downstream manifestations of a dopamine receptor blockade or something different? Perhaps a more thorough study of these compounds would provide a hint.

Isoquinolines are a rather large naturally-occurring family of benzopyridines which find medical applications in everything from antihypertensives to anti-retrovirals to anesthetics. But they have an interesting hidden side which is to... Continue →